Valentine’s Day has always been celebrated with candy, flowers and greeting cards, some heartfelt and others sappy, right?

There really was a St. Valentine…at least a dozen or so of them, in fact, depending on whether one consults the lists of martyrs of the Roman Catholic or the Eastern Orthodox Church. The name “Valentine” (or “Valentinus”) is from the Latin word, valens, meaning “strong.”

The simple feast (or Commemoration) of St. Valentine in the Roman Martyrology, the Catholic Church’s official list of recognized saints, has traditionally been February 14th, reportedly the date in the year 273 when Bishop Valentine of the Diocese of Terni (in what is now Italy), was imprisoned and killed in Rome.

The truth behind the legends of this particular St. Valentine is murky, to say the least. In 3rd century Rome, Emperor Claudius II believed that young men who were single, without the encumbrances of wives or children, were more dedicated, so he forbade his young soldiers from marrying. Bishop Valentine defied this decree and continued to perform marriages, a stand that cost him his life.

The first recorded connection of St. Valentine to the concept of “romantic love” was in the poem by Geoffrey Chaucer, Parlement of Foules, in 1382, which was written to celebrate the first anniversary of the engagement of King Richard II of England to Anne of Bohemia, who were married when each was but 15 years old. (Without doing any further research, I’m thinking that might have been an arranged marriage.)

Later writers such as John Donne and Shakespeare (in “Hamlet”) also mention Valentine’s Day. By 1797, a British publisher printed The Young Man’s Valentine Writer, with a number of suggested verses for young lovers who felt they were incapable of composing their own. By the early 1800s, the Regency era in England, factory-produced paper valentines became popular, with fancy ones adorned with real cloth lace and ribbons for those who could afford them. It was also common for friends and lovers of all social classes to exchange handwritten notes and small tokens of affection.

Real lace became paper lace by the mid-1800s. In the United States, a young woman named Esther Howland received an English valentine from one of her father’s business associates in the late 1840’s. Since her father operated a book and stationery store, Esther decided to create and mass produce valentines, using decorations imported from England, and is known as the “Mother of the Valentine.”

Hand-written valentines thus led to greeting cards, which paved the way for Valentine’s Day to become the commercialized, multi-billion-dollar industry it is today. Valentine’s Day is celebrated in the United States, Canada, Mexico, the United Kingdom, France and Australia. Paper cards, e-cards, flowers, chocolates, and even diamonds are now necessary accoutrements each February 14th to go along with those three little words that never seem to go out of style: “I love you.”

Can love be just as lovely…the second time around?

Cardiac nurse Tricia Alderson was heartbroken when she lost her workaholic husband five years ago. She’s now helping her brother and sister-in-law plan their Valentine’s Day vow renewal ceremony and she’s also happy to see two of her nieces in loving relationships. But Tricia believes that new romance is for younger people and she has no expectations of finding love for herself again.

Rone Malloy’s stressful management job in radio ad sales lands him in Tricia’s CCU on New Year’s Eve. Headstrong, and refusing to take his health issues seriously at first, he’s told he’ll have to change his ways or risk another attack, possibly even a fatal one. But old habits can be hard to break.

Rone really wants to see more of Tricia, the pretty nurse with the lovely blue eyes. When he’s offered a promotion that could bring even more stress into his life, will he accept it? And, if he does, after losing one man she loved to workaholism, will Tricia risk her heart a second time?

Author’s Promise: This is a short, heartwarming, contemporary romance with a “happily-ever-after” ending. It’s a clean story with nothing more than hugs and sweet kisses.

I’m happy to announce the release of a new anthology that I’m so pleased to be a part of. The title is Short & Sweet: 10-Minute Romances to Warm Your Heart. Visiting today to tell you all about it is one of my anthology partners, Yvonne Weers, who created this pretty cover and really did all the heavy lifting on this collection. ~ Kadee

Thank you, Kadee, for inviting me to share the story of how our anthology came to be.

My history with these authors began a year ago, when an email went out on a writers’ loop that someone wanted to form a critique group specifically targeting a popular woman’s magazine. I expressed an interest in joining and they welcomed me with open arms.

Over the following year, five of us wrote, critiqued, and submitted many stories. Then tragedy struck when one of our members, Karen, passed away after a long battle with cancer.

The shock of losing a friend affected everyone and the group’s activity came to a sudden stop. After a time of grieving, I offered to organize, format and publish a collection of our short stories and dedicate it to Karen. This project has not only provided a sense of closure for everyone but has also had the unexpected benefit of producing a joyful celebration of our collective talents.

Today, I’m honored to share Short & Sweet: 10-Minute Romances to Warm Your Heart, a collection of short stories written by Kadee McDonald, Bonny Dahlsrud, Beth Boyden, and myself, releasing today, June 15th. I hope you enjoy our anthology as much as we enjoyed bringing them to you. 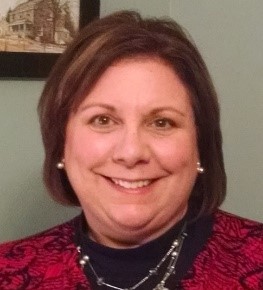 Yvonne Weers is a California transplant living in rural Nebraska with her husband of 33 years. Together they have two adult children, a daughter-in-law, and three crazy doodle dogs. She spent childhood summers lounging on beaches, riding horses, and has lived in South Africa and Taiwan. Yvonne writes wholesome romance for the cowgirl at heart. Check out her author bio at: Yvonne’s Amazon Author Page

Do you love reading sweet romance, but can never find the time for a nice long novel or even a shorter novella? This volume of 20 quick love stories from four talented authors is the answer! Read one (or more!) at lunch, on a coffee break, while riding the bus to work, or even while waiting for an appointment at the doctor’s office. a matchmaking grandma hopes to knit two hearts into one. A guy meets his dream girl on a commuter train, but a misunderstanding causes a sticky situation. Mistaken identity at a library leads to a new romance. And a meeting of The Red Hat Society brings two sweethearts back together after time and distance have kept them apart. Settle back and savor these short, sweet romances guaranteed to warm your heart. Enjoy! ♥